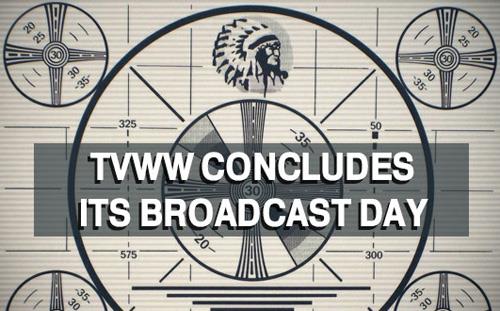 After 14 years of operation, TV Worth Watching is shifting to an archival site, where reader’s comments still will be welcome and monitored, and all previous blogs will be available to revisit – but without any new editorial content after April 1. No Fooling.

But several of us here at TVWW want to spend our last swings at bat by bidding you a fond farewell and saying a sincere thanks to you readers, whose knowledge and passion regarding quality TV rivals our own. What follows is mine. Please take the time, one last time, to read on…

I launched this TV Worth Watching website in 2007, within days after leaving my job as TV critic for The New York Daily News. (After 14 years there, I’d been hit by what I referred to as a “reverse Godfather“: They made me an offer I couldn’t accept.) Before that, I’d been a TV critic since 1975, working my way through daily newspapers in Florida, Ohio, Pennsylvania, and New York. I cared about quality TV from the start – and while hating the bad stuff, which was plentiful, I took much more delight in discovering and championing the good.

My first book, Teleliteracy: Taking Television Seriously, came out in 1992, at a time when calling TV an art form was controversial and, to some, preposterous. Today, given the state of television vs. the movies or any other artistic medium, that argument isn’t even worth the energy. It’s a given. But back then, in that book, I interviewed the people whose work in TV I valued highly, to discuss with them the medium’s strengths and triumphs. Included in that discussion, almost 30 years ago now, were such inarguably invaluable TV talents as David Attenborough, James L. Brooks, Ken Burns, Jim Burrows, Shelley Duvall, Don Hewitt, William Link, Lorne Michaels, Bill Moyers, Fred Rogers, and Kurt Vonnegut. What a group. What a discussion.

My most recent book, The Platinum Age of Television, was published in 2018, and in it I argued that TV had evolved to an even higher plane of artistry. And for that book, I profiled and interviewed more than 30 artists whose work, collectively covering the entire history of television, I considered among the very best. James L. Brooks, Ken Burns, and Jim Burrows made return appearances, and I was able to add such TV icons and auteurs as Judd Apatow, Steven Bochco, Mel Brooks, Carol Burnett, David Chase, Larry David, Tom Fontana, Vince Gilligan, Matt Groening, David E. Kelley, Norman Lear, David Milch, Carl Reiner, Thomas Schlamme, Garry Shandling, David Simon, Tom Smothers, Aaron Sorkin, Matt Weiner, and many others.

I list so many names because I know and trust you, the loyal TVWW reader, enough to know that most of those artists, and their work, will mean as much to you as to me. And in between those two books, I wrote another one, Dangerously Funny, on the history and impact of The Smothers Brothers Comedy Hour, and a “sequel” to Teleliteracy, and was invited by New York’s apexart Gallery to be guest curator for an exhibition about the history of television. Steven Rand, who ran the gallery, encouraged me to make it a personal history as well – and that was the first time, after decades as a TV critic, that I began thinking about how my love for television had ended up enhancing my life.

Today, as I say goodbye to TV Worth Watching, I’m thinking about all that again.

The idea that, even in the early Internet days of 2007, the domain name “TV Worth Watching” hadn’t been claimed yet shows you how we who loved quality TV were swimming upstream. But to me, the idea of a TV discussion site that was neither gossipy nor fanboy (or fangirl) in nature, but was intent on finding and discussing TV’s best, seemed not only rare then but important. It still does today.

One of my great joys was finding kindred souls willing to play in the same sandbox. Some TVWW writers have been kind enough to write their own farewell columns, which you’ll find elsewhere on this main page. I’ve read them all, and I hope you do too. David Hinckley, Alex Strachan, Mike Hughes, Ed Martin, Bill Brioux – I was proud to have them all on the site, and I loved each and every one of their goodbyes. It’s heartening, as well as annoying, that their goodbye posts are better than mine. Brioux even said farewell by reviewing my performance on the Best TV Tomorrow videos, which seemed sadistically symmetrical, and, to me, hilarious. And most of the goodbye columns thanked you, the readers, which I’m about to get to also.

But first, after 14 years, a few true thanks are in order.

The first and biggest thanks go to Eric Gould, the only person to be with me on this TVWW journey the entire way. He designed the original website, redesigned it, oversaw the tech stuff for many years, and morphed into an excellent TV critic in his own right. All while maintaining his day job running an architecture firm in Boston – and successfully, at that.

TV Worth Watching, as it expanded in those early years, went from a one-man writing operation (with me as that one man) to a platform presenting the work of several veteran television critics and reporters: Tom Brinkmoeller, Diane Werts, Ed Bark, Noel Holston, Gerald Jordan, Bill Brioux, and others. I had worked with them all side by side at the Television Critics Association press tours, admired what they wrote and how they handled themselves, and was honored that they all agreed to come aboard and play. Diane even took over managing editor duties for a few years, as well as columnist, and took over daily editing duties when they became too much for me.

After she left, a former TV reporting and editing colleague at the New York Daily News, Christy Slewinski, joined us, and she was the driving force that pushed us to the next level and a redesign and had grand visions for TVWW. But tragically, Christy died suddenly and way too young, and everyone at TVWW who knew her still thinks of her often.

But we kept going, and other talented contributors kept coming. After Christy, the only reason TVWW kept going, really, was Linda Donovan, who took over the editing reins, and has worked impossibly hard every day since, handling every blog entry, communicating with every writer, and keeping us all going, and keeping us all sane. She worked closely with Eric, who never once abandoned the many technical aspects of the website he constantly had to oversee, refresh, and repair. After all these years, and despite the pandemic, Eric and Linda are now engaged to be married. So, anytime I feel tempted to write off TVWW as a failure, I think of them as more than enough measure of success.

But in what it set out to do, TVWW has succeeded in every way but financially – and even that’s not the reason we’re turning the operation into an archival site. The real reason is a sudden health scare on my part, and though it’s one I hope to recover from, it’s serious enough for me to slow down substantially. Please understand: It’s not you, it’s me.

In fact, you make it hard to leave. So we’re keeping the TV Worth Watching website open for reader comments, which we will continue to monitor. And anything written by any past or present contributor can be accessed by clicking on their bylines in the masthead.

In addition, one final “Best TV Tomorrow” video is available now for subscribers, where you can see and hear me say goodbye and thanks in a slightly looser way than I am here. After that, our “Best TV Tomorrow” producer and director, Larry Siegel, will begin offering his own TVWW-sponsored recommendations to the same mailing list recipients. So give him your support and a chance, and keep the dialogue going.

And thank you, Larry, for taking us in a new direction. You’re a natural on camera and will do us proud.

Finally, a hearty thanks to you. I can say it now without sounding like I’m pandering: I love reading everything you’ve written to TVWW, and I still feel we collectively have gathered one of the smartest and most passionate readerships of any website about television. Period.

Whenever one of you thanked me for pointing out something in “Bianculli’s Best Bets” that you loved but wouldn’t have known about otherwise, it was the best reward I could imagine. And when I fell ill recently, and some of you began picking up the torch and recommending your own picks to your fellow TVWW readers, I couldn’t have been happier or prouder.

I’ll continue to serve as TV critic for NPR’s Fresh Air with Terry Gross, so you can hear and read me there. And whenever one of our writers can steer you to a new venture, we’ll provide links on the main page of the TV Worth Watching website.

But for now, thanks again for all your attention, affection, and support. And don’t be disheartened. TV Worth Watching may be calling it a day – but Quality TV, in this new Platinum Age, isn’t going anywhere…