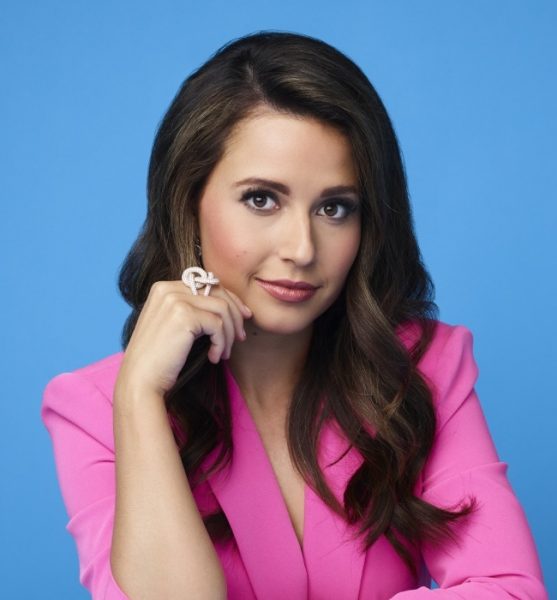 I was just wondering if anyone could help me with something. After the “Bachelorette” finale aired last night, I was trying to go online to see people’s reaction towards it and I couldn’t find anything. Does anyone know where I can go to get people’s feelings about it? I didn’t see many people expressing extreme hatred towards Katie last night and calling her names, nor did I see anyone jumping all over Greg for how he came off last night. I was surprised. I really thought people would have some hot takes on the “Bachelorette” finale, but alas, nothing was out there. So bizarre. So if you could be so kind to point me in the direction where people are screaming on their computer, absolutely losing their freaking minds, and seemingly becoming unhinged about a television show, that’d be great. Would really appreciate it. I just thought last night would elicit some serious, deep rooted emotions in people that they would then take to the internet and share with a bunch of strangers but I’m at a loss. Only thing I’m seeing is rational, level headed discussion where two sides are talking eloquently about the wonderful qualities of Katie Thurston and Greg Grippo. What a lovely world we live in.

Back to reality. Get your “Reader Emails” in for tomorrow, as I’m assuming most will revolve around Katie and Greg. This will be the last batch of “Reader Emails” to give your thoughts on what you saw the last two weeks, so speak now or forever hold your peace. I’d like to see the wide spectrum of takes on things. I probably won’t add much to either of them since I’ll be expressing my thoughts today on pages 3 and 4, but this is your time to vent. This is your talk show. Take it over. Sorry. Back to my old sports radio days. But yes, for tomorrow, your thoughts on everything will be displayed. Then next week, we’re on to “Bachelor in Paradise.”

Some random Bachelor Nation news over the weekend that had everyone freaking out was Bri and Greg seen hanging out in NY on I believe Saturday night. This threw everyone into a tizzy and immediately turned into they were dating. It took less than 24 hours for Bri AND her mother to shoot that down when they each posted IG stories about it: 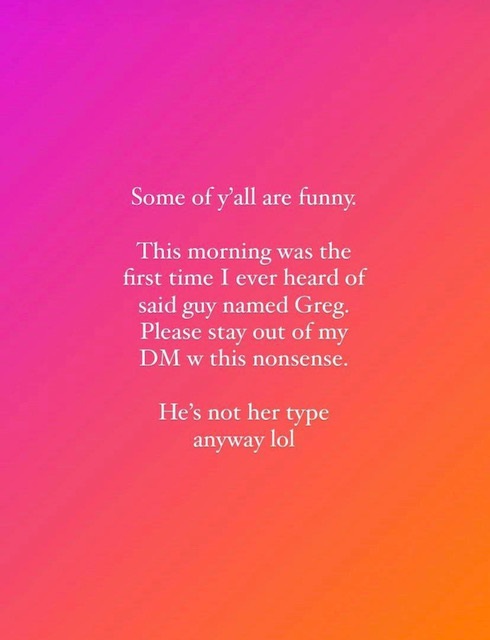 So I did another Q&A on IG stories on Sat night. Some good questions that I need to clarify. First one that stuck out was someone asking me about Becca Kufrin and any relationship she might be in post BIP. My response was that I’m done outing relationships on this show anymore unless these people are seen out in public and pics are taken. For some people, their response to that seemed to think I won’t be spoiling the show anymore. No. Guess I wasn’t clear enough. You’re still gonna get your relationship spoilers that come from the show, like I gave you Katie’s, all of what went down in Paradise, you’ll have Michelle’s spoilers when I get them, etc. I’m talking about any relationship that happens post-show. Whether it’s Bachelor Nation dating Bachelor Nation or them dating someone else. I hear all the time about people “dating” or “hooking up” with others, and yeah, in the past I ran with it. Just not gonna do it anymore. That is their relationship to share if/when they want to. So unless they’ve put themselves out in the public and are seen and someone grabs a pic of them, I will not be revealing who may be dating who.

Another one was someone asking, “Opinions on Greg. Gaslighting or no?” And my response was, “Lets just retire that word.” Again a situation where it immediately turned into I don’t care about gaslighting or am dismissing it. That’s not what my answer meant. They specifically asked about Greg and gaslighting and I just meant I’d like to retire that word when it came to Katie and Greg. I think that word is being overused. It’s absolutely a thing. But as I specifically wrote last week in my breakdown of the fight, the definition of gaslighting I don’t think pertained to this particular situation. If I’m wrong on the definition, I’ll gladly correct myself. But I’ve always taken it to be something that happens over a long period of time in a relationship. Months, even years, of emotionally abusive and manipulation that drives the person being gaslighted to start questioning their own sanity. Not something that happens in one conversation in a couples first fight. So for this particular situation, I think that’s the wrong word to use. I felt last week Greg was manipulative, he was dismissive, he talked over her, he was condescending, he was pretty rude and they just didn’t argue well. But everyone wants to scream gaslighting anytime two people argue, and I just don’t see that in this situation. But that doesn’t mean I’m not supporting women who are gaslighted or I’m promoting Greg’s behavior or whatever else. That’s a major reach.

Another question was regarding “Love Island” when someone asked about Shannon and Josh having to leave and I made a comment that “I still can’t believe Shannon is Dave Portnoy’s ex-gf.” Ok, so when we’re dealing with Portnoy I guess saying “girlfriend” is a bit much. If you google their names, yes, they were seen together earlier this year, Shannon even posted with him at one point, and I was told they hooked up, but calling her his ex-gf was apparently wrong. Even though there are places when you Google run down a list of his exes, and Shannon St. Clair is one of them. Sounds like semantics, but whatever. I was just going off what I’d read, so my apologies if I mislabeled their past relationship.

Here was a funny one. I was asked who Tia “dated” on BIP and my answer was James Bonsall (Box Guy on Katie’s season) and Blake Monar. I can’t tell you how many people emailed me after that something to the effect of, “How could Tia have dated Blake on BIP if he’s engaged to Katie.” So lets be clear here. Blake MOYNES is who Katie is engaged to. Blake MONAR is from Clare’s season. Lasted 2 episodes I believe. So yeah, not the same guy. Two different people whose names are both Blake and whose last names both start with “Mo-.” That’s the extent of their similarities.

And don’t even get me started on the vaccine question that I answered. God people are just the worst. Seriously. This country is so divided right now it’s unreal. And the worst part? Doesn’t look like it’s getting any better. That’s just being realistic reading how people react online. It’s disgusting.

We are two days away from the release of the final 4 episodes of “FBoy Island.” Told you those were some good twists at the end of episodes 4 & 5 last week. Double elimination? Didn’t see that coming. Then having to expose who they are at the end of 5? Was anyone surprised by any of the reveals? Can’t say I was. What’s funny is all the guys that are front runners are all FBoys: Garrett, Casey, OG Jared, Collin, Chris, and Welcome. You’ll see what happens in regards to Casey “returning” at the start of episode 7. Not a huge fan of that storyline. I get the WHY, I just thought the execution was dumb.

One question I got asked on the Q&A was about a season 2. It’s still early, but I know the show is the most watched original reality program on HBO Max, so I gotta believe they are pleased with the results. The only problem is, once you see how the rest of the season plays out, you can’t do ANY of these twists again next season, because the girls and guys will be expecting it. So yeah, you could for sure have a season 2. But there’s no way you could keep the same twists – especially the ones in the finale. They’ll all be prepared for it. So it’ll be interesting if/how they can pull of another season of it. In addition, you will get answers to all your questions. Yeah, they haven’t really explained how the money situation works on this show. You will know. However, as Sarah said on her IG Q &A that she did this weekend, the girls didn’t know UNTIL Nikki tells them (and us the audience) at final elimination.

So no spoilers, but, if you’ve enjoyed the first 6 episodes, you’ll no doubt like how this thing plays out. It’s pretty wild. And yes, I’m not giving spoilers because FBoy Island is someone I’m collabing with. They’re collabing with others online and it’s pretty simple. If you are working with a show, and they are paying you to promote their product, it’s a given you aren’t going to ruin it for their viewers. And trust me, you’re better off not knowing. It would take all the suspense out of the finale if I just laid out for you what happens with each girl. There’d be zero shock value. And on a show like this, that’s what they bank on. The Bachelor/ette is a different animal. By the time the finale rolls around, there really is nothing shocking AND there’s no money possibly up for grabs. Just a totally different concept. I would’ve been really bummed if I somehow knew the FBoy Island ending before watching it. Would’ve ruined the surprise element for me. So just wait 48 more hours and you’ll get your fix. Needless to say, there will be a lot to discuss afterwards.