Tech Corporations Have to Verify Their Range Blindspots 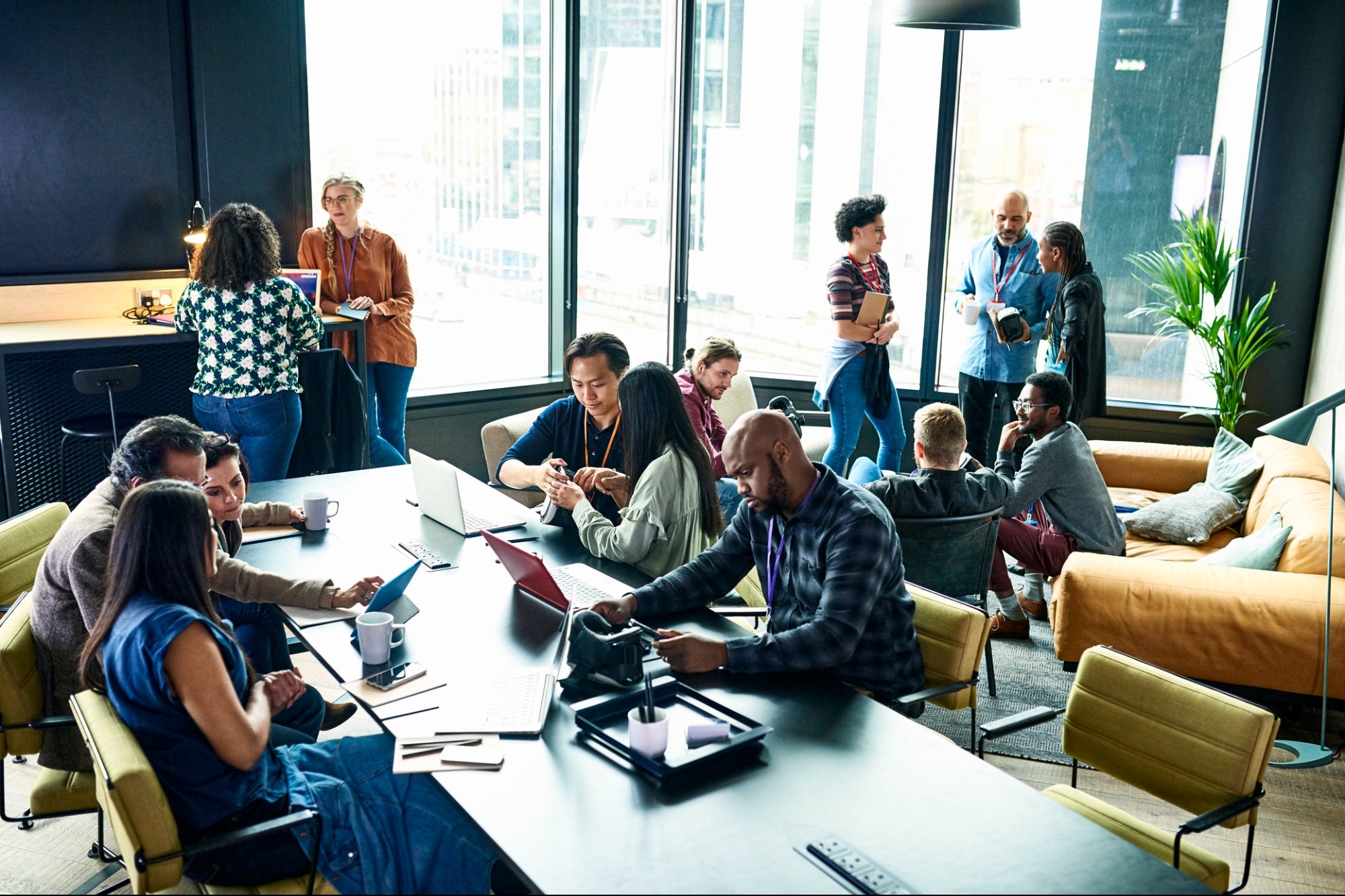 Opinions expressed by Entrepreneur contributors are their own.

If you aren’t sure if bias or discrimination exists at your organization, you might consider the statistics we uncovered in our Equality in Tech report, which was the culmination of a survey of over 9,000 employed technologists.

In short, our survey revealed some profound perception gaps between gh demographic groups as to the degree bias and discrimination exists in the workplace.

For instance, some 80 percent of Black tech workers say they have experienced gender or racial discrimination in the workplace, with over 30 percent saying racial inequity happens “very frequently” in the tech industry.

By contrast, fewer than 15 percent of white technologists see racial inequity happening as often in tech. As a non-minority technologist myself, I can understand this is a gap that can be naturally born from our variety of lived experiences. But this survey data reinforces for me as a leader that I need to look beyond my own observations.

Similar trends emerge for gender bias. Thirty-one percent of women in tech say gender inequality happens “very frequently,” where 12 percent of men see it happening to the same degree. Certainly, men may not see it because they often aren’t the ones experiencing it for themselves.

These numbers suggest statistically important divergence in perceptions, and one that is only amplified by the fact that women and people of color are not as well represented in C-suites and boardrooms of tech companies. That means that leadership can–even with the help of what they think are strenuous diversity and inclusion efforts–fall short of correcting the problems their own workers say they see.

And falling short puts companies in a precarious position to retain and attract talent. There’s no market more competitive and no talent more in demand than tech professionals. They have leverage to choose their next employer and diversity and inclusion efforts are a major factor in establishing the right reputation for fostering the kind of teamwork and creativity they typically seek.

Diversity and inclusivity in the technology field builds value, our survey respondents say. As a company leader, I see it too. The innovation and contributions of a workforce with a balance of genders, ages, ethnicities and socioeconomic backgrounds can be a critical success factor. More than half of men and almost three in four women in our survey agree that a diverse workforce improves company morale and collaboration.

So perhaps you find these numbers persuasive. Or you’ve been a believer in the impact diversity can have on organizations all along. But, where to start?  In truth, building a truly diverse and inclusive workforce is multifaceted and also improves retention, which is just as important as getting new people onboarded. But the first step does start at the beginning: with hiring.

Laying out a roadmap to hire diverse tech talent

Begin with a simple awareness that hiring and promotion processes are infused with bias. It’s natural to have biases; we all have them.

Unconscious bias grows from stereotypes, experiences, longtime practices and comfort levels, all of which need to be recognized before they can be addressed. Hiring processes that have been in place for years are likely in need of being examined, if not replaced altogether. For instance, managers may tend to hire people they know, or people that come through their networks. Relying on these limited groups is unlikely to drive more diversity within an organization as managers too often end up selecting people who are similar to themselves.

Take a frank look at screening practices, sourcing and data.

To make a difference, try anonymizing characteristics in job applications that give clues to an applicant’s gender or background to help make the process more fair. Use a structured, objective approach to match applicant skills with those the job requires. Strip out identifying information like names, ages, photos, locations, languages and affiliations that can act as socioeconomic signals. By taking on these kinds of initiatives, companies boost their chances of attracting the diverse and inclusive workforce they want.

Many in tech will cite “a pipeline problem” for their lack of diversity. For example, there aren’t as many women or people of color in the talent pool. To manage this, a tech company’s diversity benchmark can be based upon the population of technologists overall: How many are female, how many are people of color, how many have disabilities and so on. If a quarter of the technologist population is women, that’s a bottom line to meet and hopefully exceed. Measure your tech company against the tech world.

Women these days hold about one in four computing jobs, down from a high of one in three reached 30 years ago. Moving up the jobs ladder, women hold one in six senior tech jobs and one in 10 executive tech spots. Among people of color, Black, Hispanic and Indigenous technologists comprise anywhere from 5 percent, in Silicon Valley, to 16 percent of the workforce in IT overall. At our company, we examine the diversity among our technologists on a monthly basis to make sure we are on the right track and making progress.

Diverse talent has long been easier to find in urban hubs like New York and Los Angeles and far more challenging to find in Denver and Des Moines. These days, however, as remote work has taken hold, companies are far less constrained by their geography to attract the technologists they need and want.

It helps to start by looking in the right places for talent.  By thinking beyond traditional hiring practices, companies can find the candidates they are seeking.

In our case, we post every one of our job openings to nearly a dozen sites that draw diverse workers. Look for platforms like powertofly.com, womenwhocode.com, peopleofcolorintech.com and abilityjobs.com that host employment listings and attract job seekers. Go where the technologists in underrepresented groups gather.

Moving now to meet diversity benchmarks will also likely serve you well over the long term, as investors and regulators increasingly ask about diversity and inclusion. This is the “S” in ESG (Environmental, Social and Governance) reporting. The Securities and Exchange Commission under President Biden’s pick of Chairman Gary Gensler has indicated an interest in increased corporate disclosure on social policy aims, such as diversity among senior management, employee turnover and compensation.

Many of the biggest companies are already voluntarily reporting their metrics in anticipation of such mandates. It’s becoming clear that well-intentioned efforts, by themselves, are necessary but insufficient. Results will increasingly matter.

It helps to think of organizational diversity as a journey, rather than a destination. And for many companies, the first hurdle is in getting started, and overcoming that requires taking some steps in the right direction.