Sci fi previous, future and at present! And a rant about UAP/UFOs…. 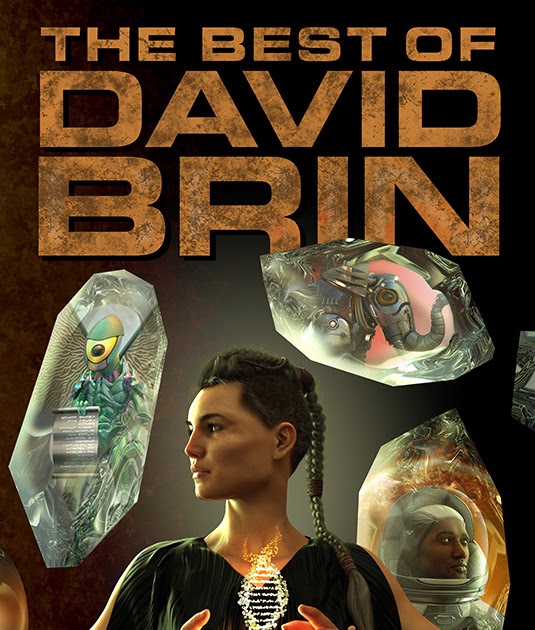 First, my own books, created for your enjoyment. On sale today! The ebook for Startide Rising has been reduced. And you can still get the Second Uplift Trilogy (Uplift Storm) pretty cheap in some places. 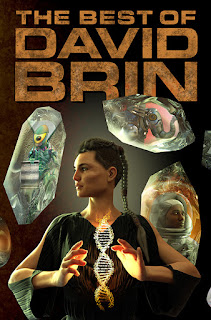 At the opposite end of price – though still a bargain in pennies per idea! – pre-orders are flowing for the special-limited signed hardcover of THE BEST OF DAVID BRIN, released at the end of July. My shorter works are my best stuff.

Here’s a pretty cool discussion among three highly perceptive podcasters who appraise my Uplift books and universe. These folks actually had a couple of insights I hadn’t thought of! A fun background listen! #54: Uplift Primer. They discuss pros and cons of uplift and all that, fair-enough! But they love my aliens!

And wonder of wonders…an incisive, perceptive and fair-minded review in LOCUS (by Alvaro Zinos-Amaro) of my new nonfiction book Vivid Tomorrows: Science Fiction and Hollywood.

Among my many new project releases, care to sample a fun and hilarious reading of my sci fi comedy? The first few chapters were already available to sample-read on my site. Only now try those chapters narrated very well by a fine voice actor in this audio version of The Ancient Ones…

Sigh, Messages chime and ring tones toodle and hence I have to step up to this stuff yet again.

Here’s a significant passage from the CIA’s recent report on UAPs or Unidentified Aerial Phenomena. “Worryingly for national security professionals, the report also found that the sightings were “clustered” around US training and testing grounds. But investigators downplayed those concerns, assessing that “this may result from a collection bias as a result of focused attention, greater numbers of latest-generation sensors operating in those areas, unit expectations and guidance to report anomalies.”

There is another very good reason why such clustering might occur at ‘US training and testing grounds.’

As CNN’s report says: “For lawmakers and intelligence and military personnel working on unexplained aerial phenomena UAP, the bigger concern with the episodes is not that alien life is visiting earth, but rather that a foreign adversary like Russia or China might be fielding some kind of next-generation technology in American airspace that the United States doesn’t know about.”

Though again, that seems unlikely for several reasons. And again, the blatantly obvious is ignored.

“That is one of the reasons this unclassified report will likely disappoint UFO-ologists who had hoped it might offer definitive proof the US government has made contact with extraterrestrial life.”

I care barely a whit what UFO fetishists think. Their stunningly unimaginative and dull notions of the ‘alien’ bore me almost to tears and the illogical crap that their scenarios entail is tiresome. Like that we’d have hurled tens of thousands of our best and brightest scientists and engineers at such a vitally urgent matter for 80 years and have gained nothing, and none of those FOUR generations of researchers would have spilled proof by now… or that we now have a MILLION times more active cameras today, yet the UFOs keep getting fuzzier… or that successive administrations would not have used this as a weapon against their political rivals. Or that there is any reason to keep it secret. (Public ‘panic’? Bah!)

Oh, in fact I can think of some good reasons for secrecy and I even try some out in fiction works! But that’s my job. And none of those potential reasons are ever raised by UFO fetishists. Did I mention unimaginative?

Oh sure, I have questions. Starting with: are the ‘objects’ verified to be solid and thus opaque to transmission of light from background sources? Or do they appear to be glowing patches of atmosphere that both radiate their own light and pass through light from sources behind them? (Translucent.) If it is the latter (as in all the footage I have seen, so far) is there any verification that these ‘objects’ actually possess their own continuous mass and solidity and inertia for the supposed magical propulsion systems to miraculously overcome?

If it is the latter, are these glowing patches “ships”? Or in fact “dots” aimed at messing with us kitties?

More fundamentally, if they are ‘aliens’ then I say snub em!  Their nasty behavior merits it, as I wrote long ago in this short story… and of course far more extensively in EXISTENCE.

Of course none of that means we aren’t living in a sci fi scenario!  Here’s one of the most blatant clues. There was a sci fi tale long ago – “Letter from a Higher Critic” by Stewart Robb – that appraised how many names from WWII seem too ‘mythological’ to have come from a real reality and must have been made up by an author!

Okay so World War II begins with the court Chamberlain making terrible mistakes until the kingdom is endangered by The Wolf (Adolf). At which point the Church-on-the-hill appeals across the western sea for help from the Field of Roses, whose grand Marshal dispatches two great generals, The Iron-Hewer helps stave off the Wolf… who has already broken several teeth against the Man of Steel in the east… while the heir of Albion… or MacARTHUR… heads west across the great sea where Yamamoto, the champion of Yamato (Japan)… well, you get the picture.  Oh, then there is France – or Gaul – championed to a comeback by giant named… de Gaulle. It just goes on and on. And now UAPees?

Who writes this stuff?

After GW Bush and then Trump, I’m pretty sure we are relics in a holo-deck simulation created that’s still running long after those guys dropped quarters into a slot to buy a wish fantasy. And Biden? The sim janitor. It’s a mess in here. And now we’re just Biden our time till the reboot is ready.