Morocco expresses its readiness to help Algeria in preventing the fires 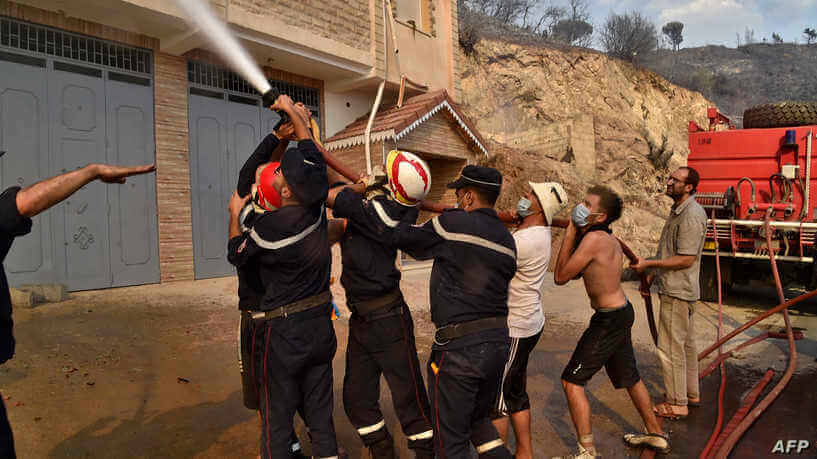 On Wednesday, Morocco expressed its readiness to assist Algeria in fighting the forest fires that are ravaging several regions, according to the Moroccan Foreign Ministry.

The move comes at a time when diplomatic relations between the two countries are very tense.

In a brief statement, the Moroccan Foreign Ministry said that King Mohammed VI “given his high instructions to the Ministers of Interior and Foreign Affairs, in order to express to their Algerian counterparts the readiness of the Kingdom of Morocco to assist Algeria in combating the forest fires that are sweeping many regions of the country.”

She added, “On instructions from His Majesty the King (…) two Canader planes have been mobilized to participate in this operation,” which will be launched “once obtaining the approval of the Algerian authorities.”

This announcement comes after the Moroccan monarch’s call to Algerian President Abdelmadjid Tebboune at the end of July to “give precedence to the logic of wisdom” and “work together as soon as he deems appropriate to develop fraternal relations”, also reiterating the call to open the closed borders since 1994.

Relations between the two neighbors have been tense for decades due to Algeria’s support for the Polisario Front, which demands independence for Western Sahara, while Morocco considers it an integral part of its territory and proposes granting it autonomy under its sovereignty.

Without officially responding to this invitation, the Algerian president said in a press interview on Sunday that his country is ready to host a meeting between Morocco and the Polisario Front.

Morocco considers Algeria a key party in the Western Sahara conflict, and stresses the need to negotiate directly with it to resolve the conflict.

The death toll from the forest fires that have continued since Monday in several regions in Algeria rose to 69, including 28 soldiers and 41 civilians, after 4 new deaths were recorded on Wednesday afternoon in Bejaia.

Algerian civil protection teams, backed by army forces and volunteers, continue to work to put out the fires.

No oligarch or politician dictates us how to write about any subject. Your support will help us maintain this independence. Your contribution, no matter how big or small, is extremely valuable to us. Click here to Support The Eastern Herald. Thank you.

Drought Is Declared in Elements of a Scorching, Dry Britain