Let’s convey PREDICTION into politics, as it really works in science! 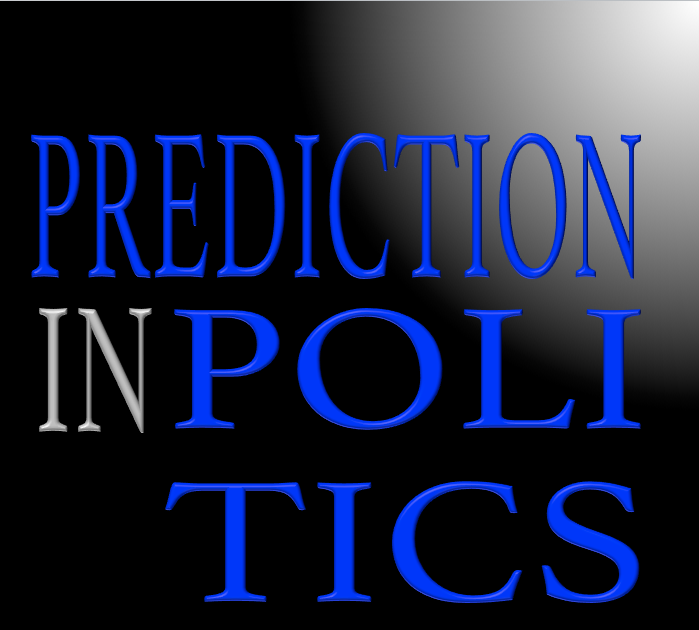 How well can we predict our near future? It’s a perennial theme here, since my many jobs almost all involve thinking about tomorrow (Don’t stop! It’ll soon be here.)

In fact, my top tactical recommendation from Polemical Judo is to make politics more about who’s been right more often. Whether it’s about using wagers (it works!) to get yammerers to back off, or simply comparing real world outcomes from each party’s policies, or the vastly more important recommendation that we track predictive success in general… there’s really nothing more useful and important that we aren’t already doing.

This article well-summarizes the findings of Wharton Professor Philip Tetlock (author of Superforecasting: The Art & Science of Prediction), whose research between 1984 and 2004 showed that the average quality of predictions – explicit and honest and checkable ones – made by experts was little better than chance: 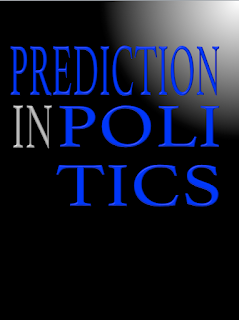 “Open any newspaper, watch any TV news show, and you find experts who forecast what’s coming. Some are cautious. More are bold and confident. A handful claim to be visionaries able to see decades into the future. With few exceptions, they are not in front of the camera because they possess any proven skill at forecasting. Accuracy is seldom even mentioned… The one undeniable talent they have is their skill at telling a compelling story with conviction, and that is enough. Many have become wealthy peddling forecasting of untested value to corporate executives, government officials and ordinary people who would never think of swallowing medicine of unknown efficacy and safety but who routinely pay for forecasts that are as dubious as elixirs sold from the back of a wagon.”

Though looking closer, Tetlock found that there were actually two statistically distinguishable groups of experts: the first failed to do better than the chimp (and often worse) but the second beat the chimp (though not by a wide margin.)

Following up – (and I’ve written about this before, including a damn good short story!) – “Tetlock’s Good Judgement Project, which commenced in 2011 in association with IARPA  (part of the Office of the Director of National Intelligence in the U.S.), found that (somewhat above-average) ordinary people, without access to highly classified intelligence information (but given access to broad-unclassified information), could make better forecasts about geopolitical events than professional analysts supported by a multi-billion dollar apparatus.” (The parentheticals I added, because they matter!)

“It turned out that the top forecasters in the Good Judgement Project were 30% better than intelligence officers with access to actual classified information, and 60% better than the average.”

I’ve been on this topic for decades because I think there’s no more important project imaginable than a broad spectrum effort to find out who is right a lot!  Elsewhere I called for predictions registries which – voluntarily or involuntarily – would track forecasts and outcomes. At minimum, it would be a way of giving credibility to those who have earned it!  Moreover, it would let us study whatever methodology (even unconscious) was leading to the better results.

== And the best prediction tests are wagers! == 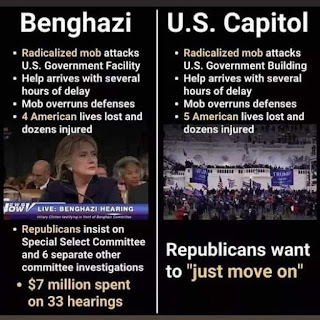 Here’s a fascinating tale – about a wager between Kevin Kelly – founder of WIRED Magazine – and Kirkpatrick Sale – author of numerous tomes (Rebels Against the Future) denouncing technology, modernity and calling for a mass world population culling, leading to a simplified life of hand farming villages.

To be clear, I am partisan – Kevin is a friend and his ethos is very close to mine. 6000 years of history and even more millennia of archaeological findings show how utterly miserable life was for denizens of those “pastoral’ societies, yes even the horrifically brutal owner-lords who crushed freedom in 99% of human societies; even they suffered from parasites and soul-crushing ignorance and the surprise death of almost every child. That experiment has been tried, and absolutely always failed to deliver the happiness that Sale romantically claims they did.

“In the mid-2000s, Sale cofounded the Middlebury Institute to promote the idea of secession. If states peeled off from the union, the theory went, Sale’s decentralized vision might get a little closer to reality. He was disappointed that the movement did not gain steam when George W. Bush was reelected. His romance with decentralization even led him to a blinkered view of the Confederacy, which he lauded for its commitment to concentrating power locally.”

But I digress. The crux is that Sale accepted a bet from Kelly, over whether by 2020 the world would be a hellscape. “Sale extemporaneously cited three factors: an economic disaster that would render the dollar worthless, causing a depression worse than the one in 1930; a rebellion of the poor against the monied; and a significant number of environmental catastrophes.”

So how does today’s world of 2021 compare? Yes, these are dangerous times and the questions of class struggle and saving the planet are still… very serious questions. Their shared editor adjudicated at the end of 2020, and twisted himself into a knot to give Sale the benefit of the doubt… yet still he ruled in Kelly’s favor, because, um… aren’t you reading this in comfort and real hope for better times?

While the topics and facts about the 25 year bet are interesting, it is the meta that interests me! For the wager itself is a process for cornering the dogmatic! One I have been pushing for a decade as the only way it’s ever possible to pin dogmatists against a wall of actual facts.

Oh, you won’t make a cent. Kirkpatrick Sale has refused to accept that he lost, despite adjudication by the agreed-upon judge, who bent over backwards to concede some points to Sale. Only a cad would do that, but you’ll get the same result when you corner a MAGA fanatic with a wager demand. As any of our ancestors would testify, across 6000 years, anti-modernist, science hating, pastoralist-feudalist-nostalgist-romantics are also rationalizing liars. They won’t pay any wager or ever recite the holy catechism of science: “I might be wrong.”

But that’s not the point.  For unlike Sale, your average MAGA lives for Macho. And refusing to either bet like a man or pay up leaves him exposed as a pants-wetting, wriggly-squirming weenie. And that savaging of his manly cred matters! It shatters their circle jerks – their nuremberg rallies of magical lie-incantations.

And their wives (who can still vote) notice.

It doesn’t always work perfectly. But it is the only thing that does work.

Okay, the right is yowling over the proposed price tags for Biden/Democratic interventions, Yes, on paper $6 trillion is more than the estimated $4 trillion that Republicans have spent on their versions of stimulus… Supply Side gifts to the aristocracy.  I admit that the total is bigger.

2. Biden is a sincere Keynesian – unlike the maniacs to his far left who subscribe to MMT “Modern Monetary Theory,” which is almost as insane as Supply Side!

A sincere Keynesian spends freely during harsh times to do needful things to grow the middle class… then uses boom times to pay down debt or at least keep deficits below GDP growth.  That wing of the Democratic party has credibility at keeping that promise!  Clinton, Jerry Brown, Gavin Newsom… all used good times to pay down debt. Again let’s bet over whether republicans have ever been more fiscally responsible. Ever.

If Republicans were sincere, they would now say “all right, our method failed, so it’s your turn to try yours. But we demand assurances that the pay-down part of the cycle is part of the plan.” And sprprise. If they demanded that, they’d get it, But that’s not what they are after.

3. The most important factor though is effectiveness of investment.  BOTH parties seek to pour trillions into stimulus – with this difference. Supply Side (SS) stimulus of trillions added to the coffers of the rich does not work even slightly!  Adam Smith said it wouldn’t, and once again the Scottish Sage of 1776 proved right.

Very few of the open-mawed recipients of SS largesse ever invested in R&D, new products or productive capacity. Most poured it (as Smith said) into rentier properties, capital preservation and asset bubbles. And bizarre plutocratic, gilded-excesses like NFTs. Key point: Money velocity plummets to near zero!

That last one is the ultimate refutation. Perhaps some Republicans sincerely believed in Supply Side, in the beginning. But after FOUR perfect failures, it is now nothing but a mad cult, doubling down on magical chants and incantations.

In contrast we know that a trillion in infrastructure spending will at-minimum rebuild bridges and pump up Money Velocity (MV). It will very likely reduce poverty and help poor kids to become Smithian competitors. History shows that it will stimulate small business startups. It will pump R&D and domestic-sourced production. And it cannot hurt to spend some of it to reduce pollution.

(In fact, McConnell has openly said he opposes all this because it might actually work.)

Okay yes, I admit this. One Keynesian excess — “guns & butter” during Vietnam — resulted in overheated MV and hyper inflation. That is a danger!  One that few economists fear right now (see below).  But that was an exception. MOST Keynesian interventions did result in booms and increased tax revenues off higher economic activity and resulting deficit reduction.

This is about the difference between one system that is largely proved, that has some dangers but is based upon factual historical experience… versus another that has utterly failed FOUR TIMES, that is scientifically utterly disproved, and that is now nothing more than a cult of chanted incantations.

Both sides want to ‘invest’ budget-busting trillions of stimulus. With the difference that one method stimulates and eventually pays for itself while the other is voodoo.

I think it’s time to go back to the wisdom of the Greatest Generation, who built the American Pax and infrastructure and universities and the biggest thriving middle class and the beginnings of social justice and the best time in the history of our species.

Show me anyone who predicted this – and explicitly – earlier than in  my novel Earth and my nonfiction The Transparent Society. See this study: “Body-Worn Camera Research Shows Drop In Police Use Of Force.”

No seriously. That’s not a brag, but genuine curiosity. I can think of one example, though it’s kinda extreme.