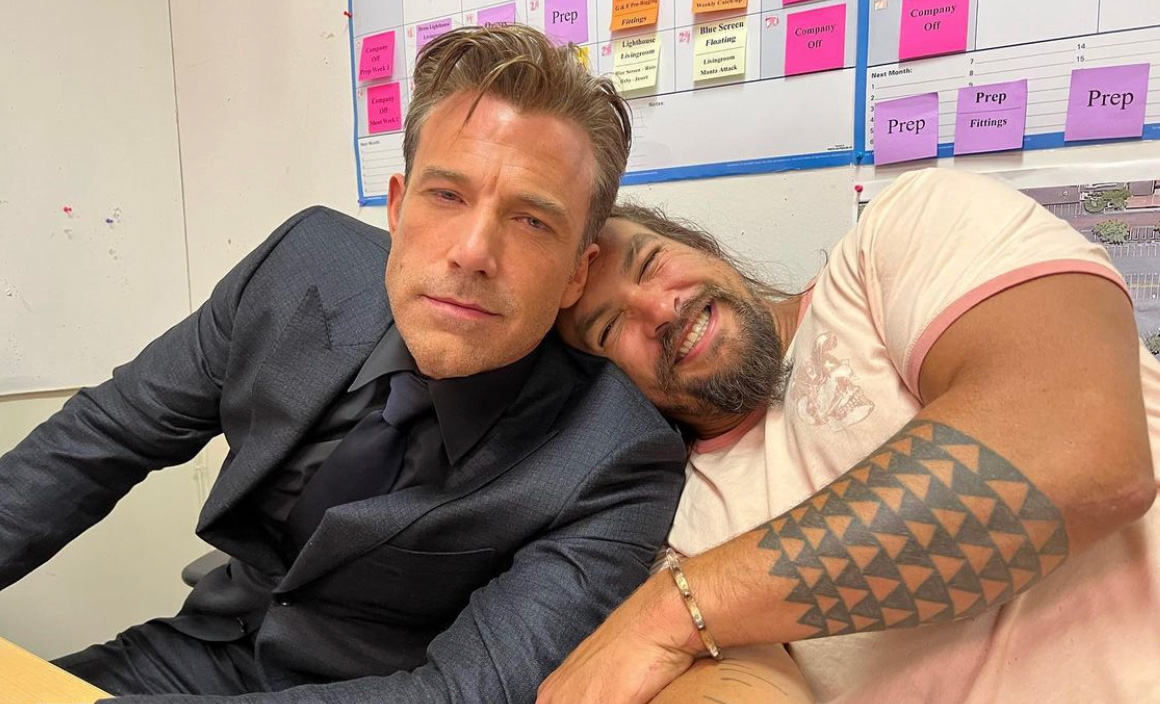 Jason Momoa has let slip that Ben Affleck will appear as Batman in ‘Aquaman And The Lost Kingdom’.

The 42-year-old actor took to Instagram to share a picture with his co-star, and revealed he will be back as the Caped Crusader/ Bruce Wayne in the forthcoming DC Extended Universe (DCEU) sequel, in which Momoa will reprise his role as the titular superhero.

He captioned the image: “REUNITED bruce and arthur. love u and miss u Ben WB studio tours just explored the backlot alright. busted on set all great things coming AQUAMAN 2 all my aloha j (sic)”

‘Aquaman’ stars Amber Heard, Dolph Lundgren, Patrick Wilson, Temuera Morrison and Yahya Abdul-Mateen II are expected to return for the sequel, which will also feature Pilou Asbæk in a role yet to be confirmed.

Affleck first played the superhero in 2016 film ‘Batman v Superman: Dawn of Justice’, before reprising the role in ‘Suicide Squad’ in the same year.

He has also starred as the Dark Knight in 2017’s ‘Justice League’ and in ‘Zack Snyder’s Justice League’, the director’s cut of the motion picture.

In April, Momoa revealed he had a “big hand” in the ‘Aquaman and the Lost Kingdom’ script.

Introducing the movie’s director James Wan at CinemaCon, he said: “‘Aquaman and the Lost Kingdom’ is amazing. I got to see a little bit of it. Not that much of it. It’s amazing. The action and special effects are amazing. It’s funny. It’s heartfelt.

“I had a big hand in the script with James – it’s pretty much all me and I love it. I’m extremely proud of it. Unfortunately, you have to wait until 2023, but you know it’ll be the best movie of the year.”

Wan revealed that the cast were put through less “physical pain” than the first film, because new technology has been developed to reduce the amount of wirework required.

He explained: “On the first movie, we really put the actors through a lot of physical pain, you know hanging them on wires and what we call tuning forks. It was not the most comfortable apparatus to be strapped into.

“With this film we were able to now embrace new technology where we literally captured … literally putting like 100 cameras on the actors, capturing their performances and then taking what they do and then applying that to 3D versions of themselves.”