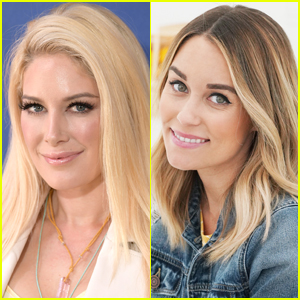 Heidi Montag is talking Lauren Conrad, she’s not holding back.

In a new interview, Heidi, 34, slammed her former The Hills co-star and BFF, while also saying that Lauren, 35, didn’t make the right career moves.

“I feel like Kristin [Cavallari], let’s be honest, is the most successful,” Heidi shared on the Call Me Daddy podcast. “I feel like Lauren didn’t make it like she should have. She should be Kylie [Jenner]. She was so good at makeup, she should have done the tutorials. If she had a good team, she’d be a billionaire. She’d be a hundred-millionaire.”

Heidi continued, “She is not where she should have been at all. She has a Kohl’s line—great, whatever. But she should be a hundred-millionaire—are you kidding me? Who gets that big promotion, that big fame, that big engine behind her, the loved one, the this-and-that. The narrator—no one even gets the narrator show. Kylie didn’t get a narrator show. She should be so rich.” 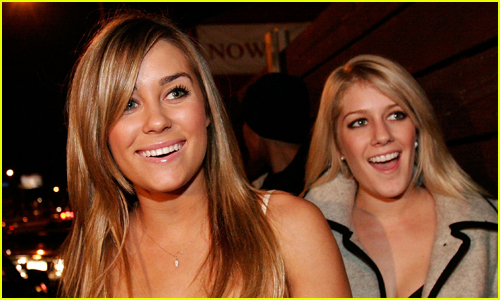 As The Hills fans can remember, Heidi and Lauren were very close friends when MTV reality show first premiered back in 2006. Once Heidi started dating now-husband Spencer Pratt, her friendship with Lauren ended when Lauren believed that Spencer started a rumor that she made a sex tape with her then-boyfriend, Jason Wahler.

“When that whole Spencer thing happened, she’s like, ‘If you date Spencer, you’re off the show,’” Heidi recalled. “How dare you, and I’m not your dog. Yeah, I appreciate you getting me on this show, but that doesn’t mean you own me and you can tell me what to do in my life. I just don’t appreciate that.”

Heidi went on to say that she’ll “always love” Lauren and appreciate for providing her start in Hollywood, but she still resents the way Lauren treated Spencer.

Recently, Heidi and Spencer, who are parents to 3-year-old son Gunner, revealed if they plan on having more kids.