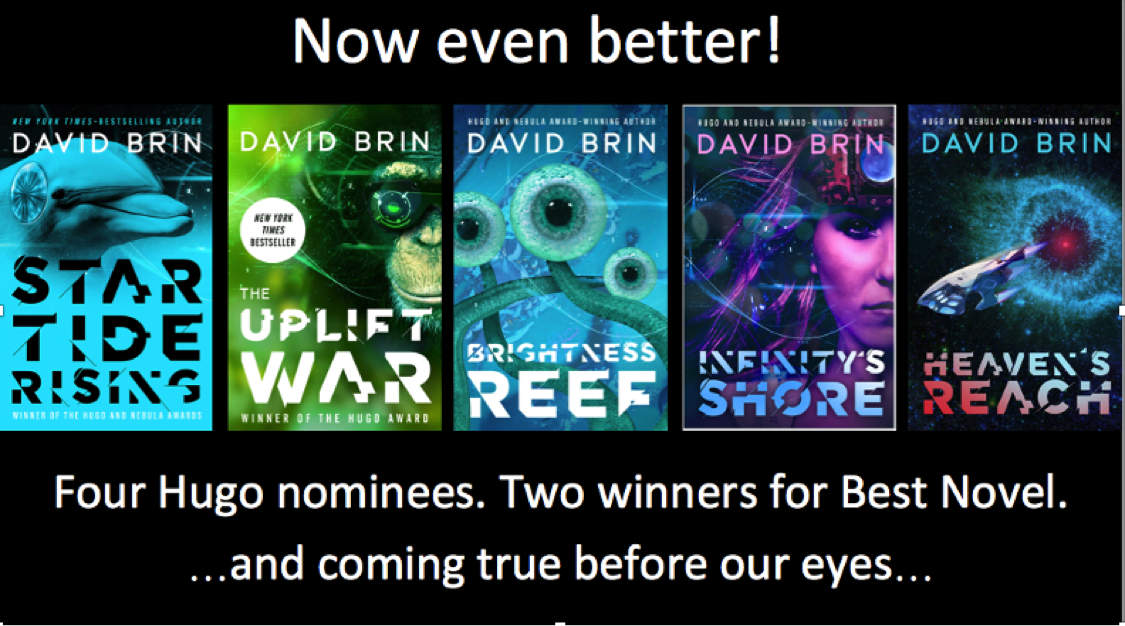 FIRST a big re-issue of eight classics with great new covers, new author introductions, and newly re-edited material… starting with The Postman and The Practice Effect.

Plus I’ve recently re-released newly edited versions all of my Uplift novels, starting with  Sundiver, followed by Hugo winners Startide Rising and The Uplift War, as well as the Uplift Storm Trilogy, starting with Brightness Reef, and on to Infinity’s Shore and Heaven’s Reach.  All with corrections and new introductions and better timelines… and great covers! 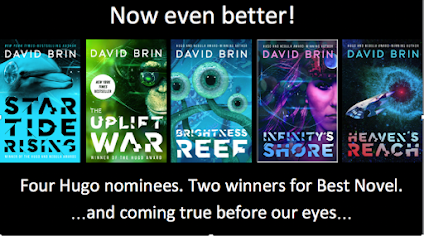 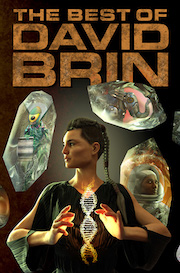 Best of Brin Short Stories: Subterranean Press is releasing a new collection, “The Best of David Brin,” an anthology of my very best short stories as well as some new ones – as well as a play I’ve written! Now a gorgeous collectable hardcover (beautiful cover art by Patrick Farley). Here, you’ll find tales from creepy to inspiring to thought-provoking — and fun. Certainly some of my best writing. Sample stories free on my website!

(Also available… especially if you are on a budget… my earlier collections Insistence of Vision and The River of Time.)

And now, shifting gears… I’m releasing two great Science Fiction series for teens and young adult readers looking for something different… and yes, for those of you with a youthful yen for adventure!

Colony High: Aliens grab a California high school and relocate it on an alien planet — and then come to regret it! In the spirit of Heinlein’s Tunnel in the Sky. Winner of the Hal Clement Award for teen readers! Now expanded with two new sequels, soon to be released from Ring of Fire Press, starting with Castaways of New Mojave co-written with Jeff Carlson (cover art by Patrick Farley), and another upcoming sequel co-written with Steve Ruskin. Sample chapters of this series on my website!  (And there’s a full, 3-season TV treatment.) 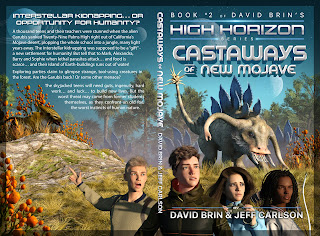 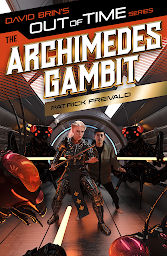 The Out of Time series. If the future asked for help, would you go? A 24th Century utopia has no war, disease, injustice or crime… and no heroes! They reach back in time for some.. but only the young are able to go. Maybe you?

Adventure novels by Nebula winners Nancy Kress, Sheila Finch etc. plus great newly added novels for that teen, pre-teen or young-soul — starting with The Archimedes Gambit by Patrick Freivald — soon to be released. Next up: Storm’s Eye by October K. Santerelli. Stay tuned for updates.

And for a pandemic era. Sci fi that’s too pertinent? My Hugo-nominated short story, “The Giving Plague” explores our complex relations with viruses. Free access on my website or download this story free on Kindle. Also included in my collection, Otherness. 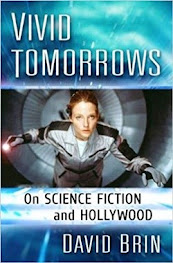 Vivid Tomorrows: Science Fiction and Hollywood.
Explore our love of far-out cinema, and how sci fi flicks may have saved us all. Wish your favorite directors would notice their repeated clichés? Pass ‘em a copy!

Polemical Judo: Memes for Our Political Knife-Fight  Here you’ll find political insights you’ve not seen before. 100+ practical tactics off the hoary left-right axis, to defend our Great Experiment – and forge a better future. Sample chapters available on my website.

And how about trying some comedy… in these trying times? 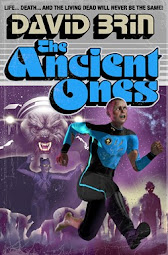 Feed your under-nourished guffaw-neurons! Comedy is hard! Some say that The Ancient Ones: A Space Comedy – lifted spirits in a particularly challenging year.

“Life… death.. and the living dead… will never be the same.”

I’ve written a screenplay based on my novella “The Tumbledowns of Cleopatra Abyss.” It offers vivid action and unusual visuals deep…. under the oceans of Venus. (The novella is also included in my Best of Brin collection!) And yes, show the script to directors! Know any? 😉 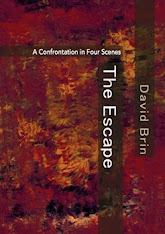 And a stage play!

A smart-aleck argues with the devil. Yeah that old trope, redone from a distinctly modernist perspective. My play, “The Escape: A Confrontation in Four Acts” is wry, pointed… and a bit intellectual. Perfect for your table-reading or local theater group. (Contact me if interested!)

On the side….take a look at Speeches and consulting: See over 300 NGOs, companies, activist groups and agencies I’ve consulted or given keynotes about a future that slams into us with wave after wave of onrushing change. 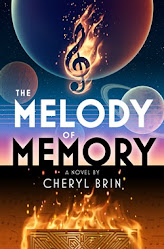 The Melody of Memory. Cheryl’s first novel – a moving tale of growing up while overcoming tragedy on a colony world that seems cursed, doomed to forget… and repeat the mistakes of the past. 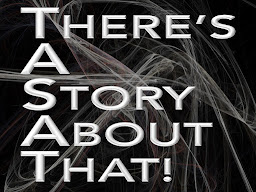 Volunteer programmers** are building TASAT – There’s a Story About That – to rapidly appraise what-if scenarios and maybe someday save us all. Subscribe. Join the Group Mind!

Want more? News and views at the always-provocative Contrary Brin.

Finally: what a Sci-Fi-Twilight-Zonish year! But an ambitious, worthy future is possible!

Do your part. Make it so.