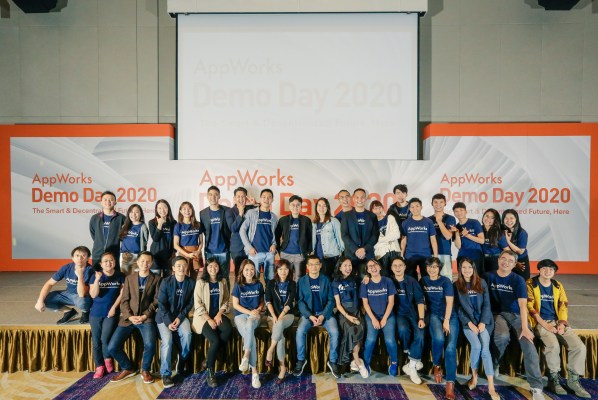 AppWorks’ total assets under management (AUM) is now $212 million. As part of Fund III’s close, AppWorks is recruiting new investment associates and analysts, especially ones who will focus on sourcing deals throughout Southeast Asia.

Jamie Lin, the firm’s chairman and founding partner, told TechCrunch that Fund III had an initial target of $100 million, but surpassed it because of the strong performance of AppWorks’ second fund.

Fund II’s portfolio includes Lalamove and 91APP, and at the end of July 2021, its total value to paid-in (TVPI), or the return multiple net of fees, reached 3.3x. By comparison, the top quartile of global VC and private equity funds launched around the same time have a TVPI of 2.4x, according to data from Cambridge Associates. Fund II also achieved internal rate of return (IRR) of 34.7%, compared to 26.1% for the other funds.

Founded in 2009, AppWorks started its accelerator program before launching a $11 million debut fund in 2012. AppWorks’ ecosystem now includes 414 active startups that have collectively raised $4.3 billion, and have an aggregate valuation of $17.4 billion. Over the next 10 years, AppWorks’ goal is to increase that to 1,000 active startups with a collective value of more than $100 billion.

Lin said AppWorks has a strong incoming pipeline because many startups in its ecosystem, including ones run by accelerator alumni and its mentor network of about 100 seasoned entrepreneurs, have reached product-market fit, are scalable and need to raise funding to accelerate growth.

Fund III is earmarked for a portfolio of about 40 startups, split evenly between investments starting at $2 million in Series A to Series C rounds, and seed-stage investments. Seed-stage checks can range in size from about $50,000 to $200,000, depending on a startup’s needs. Part of the fund’s capital will also go toward AppWorks’ current portfolio companies as they reach maturation.

Lin said that many of AppWorks accelerator graduates over the past three to five years are from Singapore, Malaysia, Vietnam and, increasingly, Indonesia and the Philippines. (AppWorks also serves as an LP in about 15 seed funds across Southeast Asia, which helped it maintain strong deal flow despite pandemic travel restrictions).

AppWorks’ current blockchain investments include Dapper Labs, Animoca Brands and Splinterlands. Lin is especially keen on NFTs and their “ability to breach the physical world and digital world,” plus blockchain’s potential to change how people game (for example, the play-to-earn model Splinterlands is known for).

Investing in a mix of seed- and growth-stage deals means Fund III’s schedule will be more evenly spread out. The approach is “better for LPs, but also mostly comes from our philosophy of putting founders front and center,” Lin said. “A lot of our accelerator alumni startups are by first-time founders, so they need help all the way from seed stage. Many of our mentors have already raised seed or Series A rounds, and they come to us when they need someone to lead a Series B of $10, $15 or $20 million. It stems from our particular deal flow, since we’re mainly supporting our alumni founders and mentors, so we have two very different types of deal flows.”